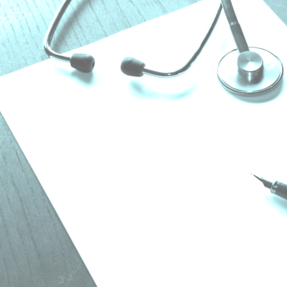 Senate District 6 Rick Lopes Campaign:  If you’d like to help out by calling voters in our community, please reach out to Rick Lopes’ Campaign Manager, Aaron Supple, at 845-522-3875 or aaron.supple88@gmail.com.

Senate District 34 April Capone Campaign: Standing phone banks every night and canvassing shifts every weekend. Canvassing kickoffs begin at 9:30am on weekend mornings from Wallingford and East Haven. Virtual phone banks can be done at home with a link that our campaign provides, and training via Zoom if needed. Contact:  Stephanie Sponzo, Campaign Manager, 860-306-2554

From the Connecticut Biden Campaign:  the time for action is now!

Please find a list of volunteer opportunities and upcoming events below.
1.    Join and recruit volunteers to sign up for our Tuesday and Thursday recurring virtual battleground phone banks. No experience necessary!
2.    Register and train to be a Volunteer Leader to help with our Get Out the Vote initiatives
3.    Download the Vote Joe App by texting VoteJoe to 30330 and help friends and family come up with their plan to vote 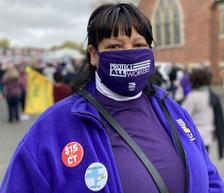 The Connecticut Employees Union Independent began in 1967 when Salvatore Perrucio started an Independent Union with 350 members from the Connecticut Valley Hospital. From that small beginning, CEUI grew to over 8,000 employees in the 1980’s that covered all corners of the State with members in nearly every State agency. In 1977, the union was able to negotiate and win the “Master Contract”.....

Dear CEUI Brothers and Sisters,
Please click the video above to see an important

ARE YOU REGISTERED TO VOTE? ELECTION DAY IS NOVEMBER 3RD -- TO REGISTER, GO TO:  https://voterregistration.ct.gov/OLVR/welcome.do

​At Hartford rally, front-line workers share stories of layoffs, bouts of
​coronavirus and worry for the future (Hartford Courant 10/21/20)

Founded in 1967, Connecticut Employees Union Independent is a member run organization of over 7,000 active and retired blue collar maintenance and service State workers. CEUI members can be found at every State facility. We cook, clean, repair, maintain and deliver in Connecticut’s State buildings, hospitals, campuses, airports, roads, bridges, and parks. Our mission is to work together to continually improve the quality of life for all working families through collective bargaining, workplace representation, and political action.

​HARTFORD — Among the workers who attended a rally outside Shiloh Baptist Church in Hartford on Tuesday, many have
elt the acute sting of losing income, opportunities and their good health to the pandemic.

Their burden, the workers argued, has been too heavy because Connecticut’s ultra-wealthy residents haven’t shouldered their
fair share.

​Standing alongside elected officials, labor unions and community groups, about 200 front-line and laid-off workers called on
​the state to restructure taxes, increase funding for job training and public services, and commit to seeing them through a “peoples' recovery.”

Here are the stories of some workers whose lives have been changed by COVID-19:

Clare Johnson raised up her poster board sign proclaiming “Billionaires must pay their share” as she chanted with the crowd.

“No more austerity!" she shouted. "No more cuts!”

Two of Johnson’s friends in the health care field died after contracting the virus, and a lot of others got sick “because there was no PPE, not enough of it," the 53-year-old Hartford woman said.

Johnson, who works in a nursing home in Rocky Hill, is concerned that facilities like hers will once again face shortages of personal protective equipment in the months ahead, putting front-line workers at risk of becoming seriously ill or dying.

Johnson has thyroid disease, which research has not ruled out as a risk factor for more severe cases of COVID-19. But Johnson is not only worried about her own health.

“I have a grandson at home,” she said. “I don’t like putting him at jeopardy.”

Timothy Braswell, 63, of Hartford was laid off in March from the Hilton hotel downtown, where he’d worked for 23 years as a banquet house attendant and bellhop.

Now Braswell is stretch his unemployment checks and frequenting grocery giveaways to feed himself and his youngest son.

His son, born just a couple weeks after Braswell started working at the Hilton in 1997, was just about to come work at the hotel, too. He had a foot in the door until the coronavirus closed it.

“A lot of people with this pandemic, their hopes are being shattered,” Braswell said. “My son used to smile, and he don’t smile anymore."

Janet Sewell contracted the coronavirus and was out of work for three months from Arden House nursing home in Hamden. She spent nearly a month of that in the hospital.

After spending three months fighting the coronavirus, 58-year-old Janet Sewell did not want to go back to work.

The certified nursing assistant had a severe case that landed her in the hospital for nearly a month. Her oxygen levels kept dropping and she developed pneumonia. And when Sewell was well enough to return home to Hamden, it was with a prescription for supplemental oxygen, which she still uses weekly.

She wonders if the lingering effects of the virus will stay with her the rest of her life.

But even more, she worries she’ll catch COVID-19 again. Sewell works at Arden House in Hamden, where scores of residents contracted the virus and 53 have died.

While Arden House hasn’t seen any new cases, other facilities have, and coronavirus cases statewide are increasing. Sewell is too young to retire, and can’t afford to be out of work, so she returned in September.

“I made it, I survived, but what would make me think I’d survive it a second time?” she said.

Glenn Angus, a cook at Arden House, caught the virus, too, spending four days in the hospital and seven weeks out of work. Now, the 57-year-old Hamden man’s most immediate concern is keeping his job.

A number of employees have been laid off by parent company Genesis HealthCare, and Angus worries the next round will be the end of his 25-year career with the Arden House.

“Our ranks have been decimated. With one hand with they’re saying thank you, and with the other hand they’re holding the door open for you,” Angus said. “You go in every day, you don’t even know if you’re gonna have a job let alone whether you’re gonna get COVID.”

Angus’ finances are stretched thin, now, particularly after he followed his doctor’s recommendation to stay home one more week after worker’s compensation ran out.

He’s also helping out his daughter, who was laid off from a hotel in New Haven. Her unemployment insurance helps pay the rent but not much else, so Argus chips in to support her and his grandchild

Saturday Oct 24th – 10am-1pm
Martha Marx (24 Eugene O’Neill Drive, New London)
Rick Lopes (19 Bassett Street, New Britain)
Please let Political Director Joelyn Leon know if you can attend one of these events. Again, we are not talking to voters – only dropping off literature at their doors. This makes it safe and quick!    Your participation would be greatly appreciated!